skip to main | skip to sidebar

Greetings from the southwest corner of Wyoming

This blogspot is a way for our members and friends around the globe to stay informed. Make yourself at home. Create yourself a bookmark, friend us on FaceBook and join in as we keep the crucified God ever before our eyes.

Posted by Jonathan Lange at 6:45 AM No comments: 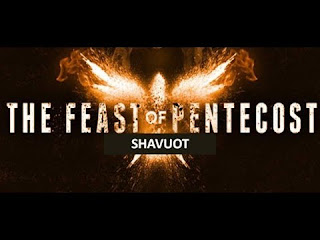 There are three pivotal events in the life of Jesus. Most people observe two of them as universal holidays. Christmas, celebrating the birth of Jesus, is the biggest one. It is marked by Christmas shopping and a federal holiday on December 25. Easter, celebrating Jesus’ bodily rising from the dead, is the second. Stores are filled with candy eggs and chocolate bunnies.

The third great event in Jesus’ life is Pentecost. It has no national recognition and is sells no merchandise. It is the most forgotten of the three. Let’s take some time today to remember it.

Pentecost is the Greek word for 50. It is easily remembered as the 50th day after Easter. Since Jesus rose from the grave on a Sunday (the first day of the week), Pentecost always falls on a Sunday seven weeks and one day later.

But before we talk about Pentecost as a Christian holiday, we should remember that it was celebrated as a Jewish holiday for 15 centuries before Jesus brought it to its fullness. For those centuries, it was known in Hebrew as Shavuot (Weeks), and in Greek as Pentecost.

Old Testament Pentecost celebrated the events at Mt. Sinai seven weeks after Passover. We should remember what Moses said to Pharaoh: “Thus says the LORD, the God of Israel, ‘Let My people go, that they may hold a feast to Me in the wilderness’” (Exodus 5:1).The Exodus was for the purpose of Pentecost!

After the angel of death passed over those houses that had blood on the door posts, the children of Israel crossed the Red Sea on dry ground and traveled to the foot of Mt. Sinai. There, they were constituted as God’s Holy people.

They heard God’s voice speaking from the cloud. They saw the smoke and fire on the top of the Holy Mountain. They received the gift of God’s personal presence in His Holy Tabernacle.

All of this serves to give meaning to the New Testament Pentecost.

During the last true Passover in Israel, Jesus became the true Passover Lamb. He poured out His blood and applies it to everyone who believes and is baptized (Mark 16:16). In this way, Jesus saves you from eternal death—just as the old Passover lamb saved the Israelites from the angel of death.

On the third day, Jesus rose from the grave. His resurrection mirrors the children of Israel who entered the watery grave of the Red Sea chased by Pharaoh’s chariots and emerged as free people on the other side.

St. Luke tells us what happened 50 days after His resurrection. “When the day of Pentecost had fully come, they were all with one accord in one place. And suddenly there came a sound from heaven, as of a rushing, mighty wind, and it filled the whole house where they were sitting. And there appeared to them divided tongues, as of fire, and one sat upon each of them” (Acts 2:1-3).

Jesus put the fire of His Holy Spirit on each of the twelve apostles. At Sinai, the fire was on the mountain, and the voice of God had come from out of the cloud. Now, when Pentecost was fulfilled, that fire was on the apostles and God’s word is heard from their mouths.

All this explains why Pentecost should be celebrated as the third important event in the life of Jesus. The apostles are not the real actors. Jesus is. He sent the Holy Spirit. He gave us His ongoing presence. He made His voice heard in Jerusalem, Judea and now, in all the world.
Posted by Jonathan Lange at 2:00 AM No comments: 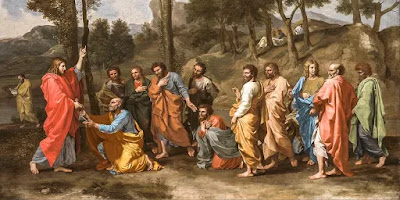 Posted by Jonathan Lange at 4:37 PM No comments:

Sermon: In that Day...
Posted by Jonathan Lange at 4:47 PM No comments:

CTQ: Fellowship in Its Necessary Context

In May of 2016, President John Hill asked me to present a paper to the Wyoming District on the topic of the "Overseas Theses" of 1961. The paper that resulted was eventually submitted to the Concordia Theological Quarterly -- the journal for Concordia Theological Seminary in Fort Wayne, Indiana. It was accepted for publication and appeared in the January/April 2020 issue.


Fellowship in Its Necessary Context:
The Doctrine of the Church and the Overseas Theses of 1961 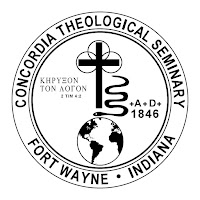 Posted by Jonathan Lange at 10:32 AM No comments:

Why Our Church Decided To Revive In-Person Worship 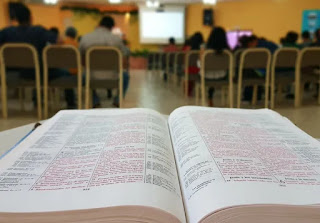 I am a pastor at a small Lutheran congregation in southeast Michigan, and like many other congregations, my church decided in March to temporarily pause in-person services on account of the coronavirus pandemic, instead posting videos of our services online. At the time, we had to respond quickly to unprecedented circumstances, so we did our best to act in line with Christian principles, even if we could not perfectly communicate exactly why we felt our decisions were appropriate.

Now we’ve had time to reflect and gain clarity. While we still believe we made the right decisions to temporarily pause in-person services, I now believe it’s time for us to start back up. We paused services for one reason: to do our part to slow the initial spread of virus, so our health care system wouldn’t be overwhelmed. It seems that reason has expired.

Continue reading here...
Posted by Jonathan Lange at 10:09 AM No comments:

Can the Church ever be Digitized?

Beginning on Tuesday, March 31, our dual parish began looking for ways to broadcast the teaching-content of our public services. This is an attempt both to keep in touch and to continue the instruction of the faithful during these unprecedented days of COVID-19. When the crisis wanes, we will revisit the practice.  Already now, we invite you to think soberly about the plusses and minuses of this practice. 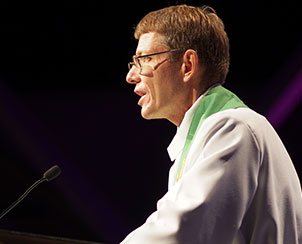 A Guest Essay by the Rev. Dr. Alexey Streltsov: The Covid-19 Pandemic and the Digitization of the Church

Posted by Jonathan Lange at 3:25 PM No comments:

Jonathan Lange
Husband to one, father to nine, pastor of two churches, and co-leader of the Wyoming Pastors Network.